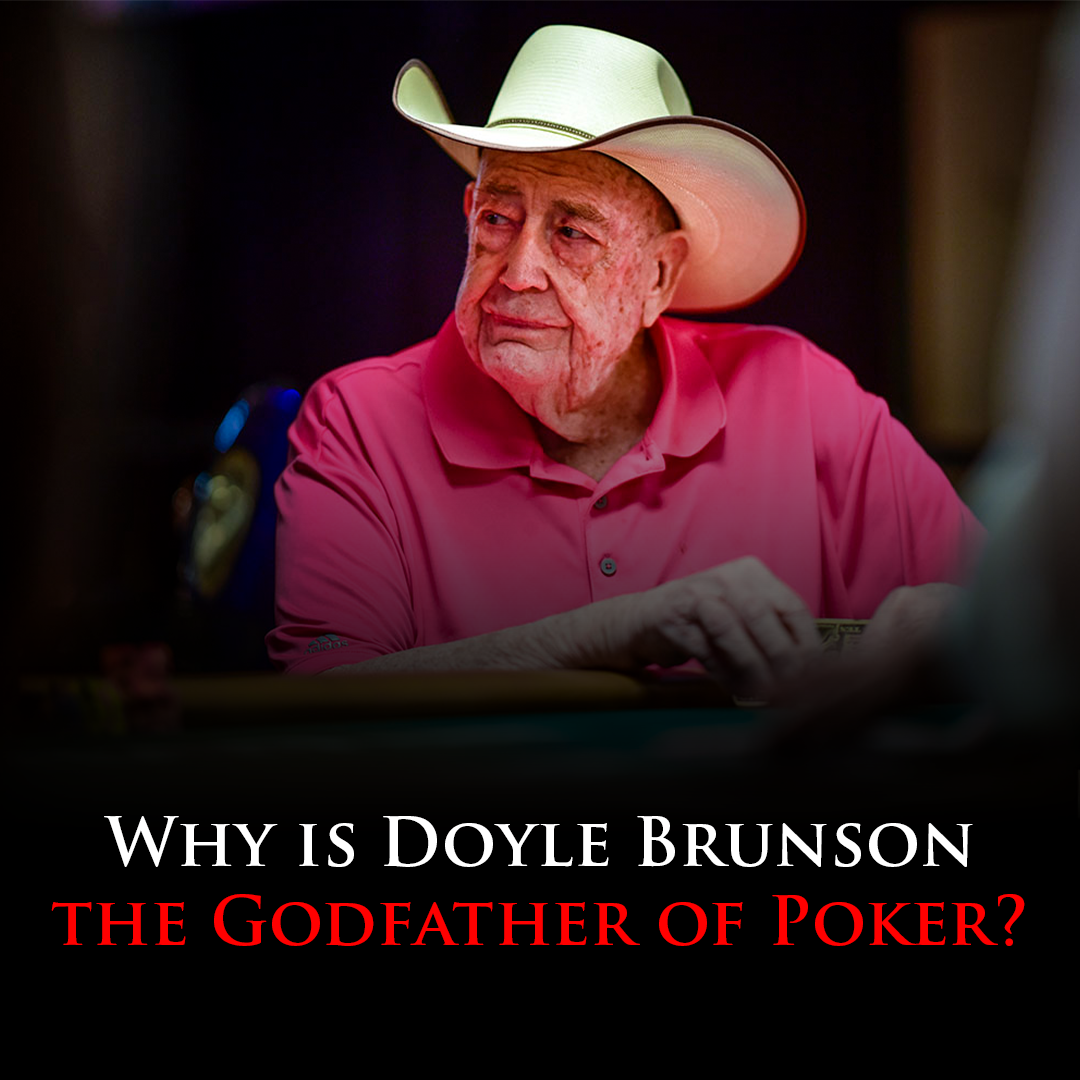 “He’s an icon. He’s one of the best to have ever done it, especially if you look at all the years he’s been doing it for. The guy’s been doing it for a very long time at the top level, and he’s still a winning poker player. He just rolls in there and wins the money.” – Phil Ivey

I decided to write this article after I’ve read the book: The Godfather of Poker: The Doyle Brunson Story. The book describes his fascinating life and his adventures, starting from the beginning of poker in the wild west to the mob-run Las Vegas. “ It’s a story of guts and glory, of good luck and bad, of triumph and unspeakable tragedy, of courage and grace. He has survived whippings, gun fights, stabbings, mobsters (the real-life ones portrayed in the movie Casino), murderers, and a death sentence when, riddled with incurable cancer, he was given months to live by doctors who told him his hand was played out. Apparently, fate had never played poker with Brunson—he lived.”

Why I love Doyle Brunson’s life story so much? Because we have something life-changing in common: we both survived cancer. After being diagnosed and becoming a cancer survivor in 2014, I made the decision that I will only do things that I truly love all my life. This is why I became a professional poker player and this is why I started my Instagram page @thepokermindset. Cancer taught me to be thankful for this day, to be grateful for my loving friends and family and to follow my passion.

The Godfather of Poker: The Doyle Brunson Story

I highly recommend the book for everybody who loves the game, you won’t learn any new strategies, but you will learn how the mind of a true champion works, you will see why Doyle Brunson’s life is so inspiring and in my opinion this is the best poker history book out there.

In the next part of the article I would like to share some of my favorite quotes from the book. It might be long, but trust me, it’s worth reading it. Enjoy!

Once I started reading the book I couldn’t put it down, Doyle showed me how to live life to the fullest. I hope this quotes made you curious about reading the whole book. Click here now to order a copy from Amazon!

Note: If you want to play like the best, you need to learn to think like the best. Read the Top 30 Poker Mindset Quotes from the legends of this game!

Every single day is an opportunity to inspire someone. ❤️
Looking for a soft online poker site? ⬇️⬇️

Hit the ❤️ if you agree! #poker #pokergame #c

Which one do you prefer? 🤔 Check out our list

Patience is the weapon of the winner. 🏆 ⁣⁣